The Smartest Giant in Town 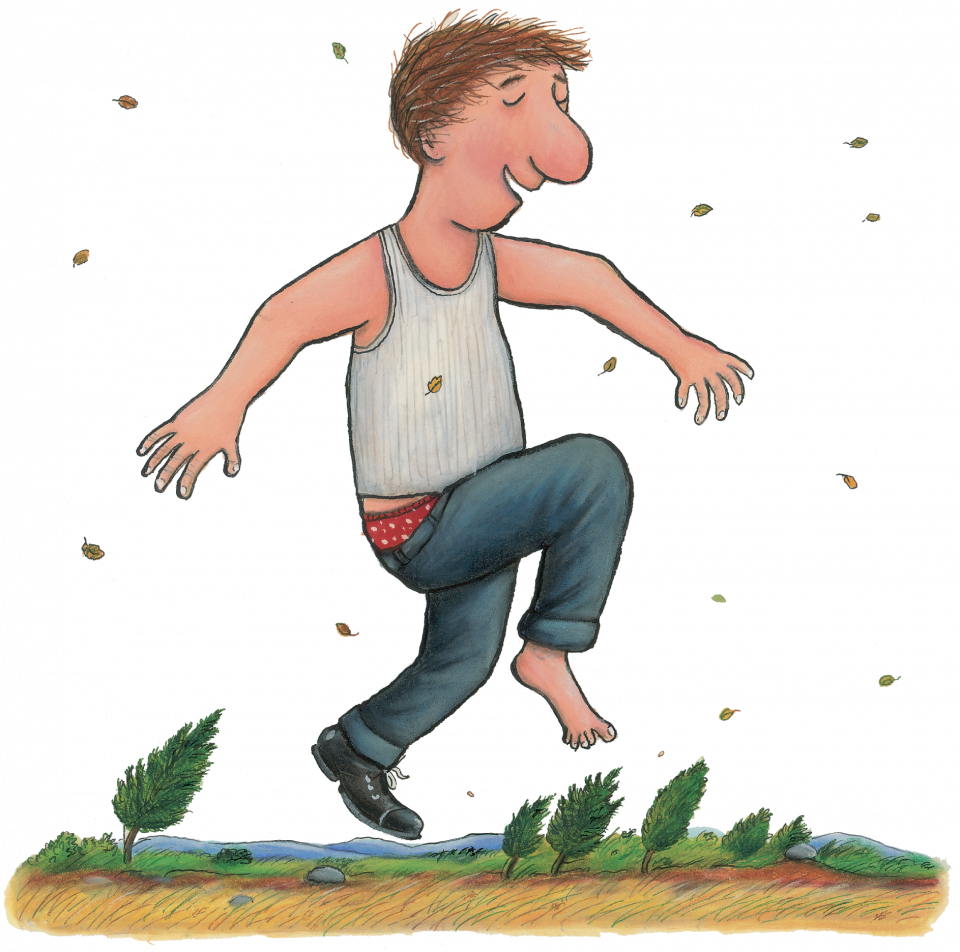 George didn't like being the scruffiest giant in town, so when he sees a new shop selling giant-size clothes he decides it's time to update his image. With smart trousers, a smart shirt, stripy tie and shiny shoes, George is a new giant. But on his way home, he meets various animals who desperately need his help. . . and his clothes! 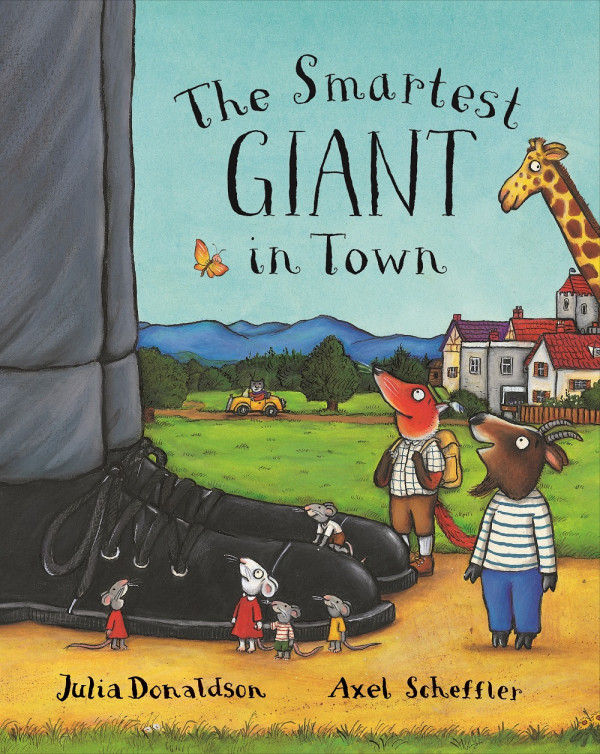 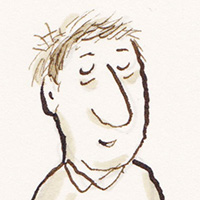 One of my favourites - not only because the giant is so incredibly kind and the animals are so exemplary grateful... but I did enjoy creating a world where everybody lived together as if this was the most normal thing: giants, dressed animals, people, dwarfs and fairy tale creatures. One reader got very worried about the tie round the giraffe's neck. He thought children might imitate this in play and get strangled... something nobody would want - and I don't think it ever happened. Some people think the giantess on the doublespread with the giraffe looks a little like Julia - but I would say like they do in films : any similarity with living human beings would be purely accidental.

Originally I designed a cover where the title was written on a poster that was stuck on a brick wall. I did the picture but then the sales people wanted an open landscape, blue sky and all... so I had to redraw the whole cover.

Where to buy The Smartest Giant in Town in the UK