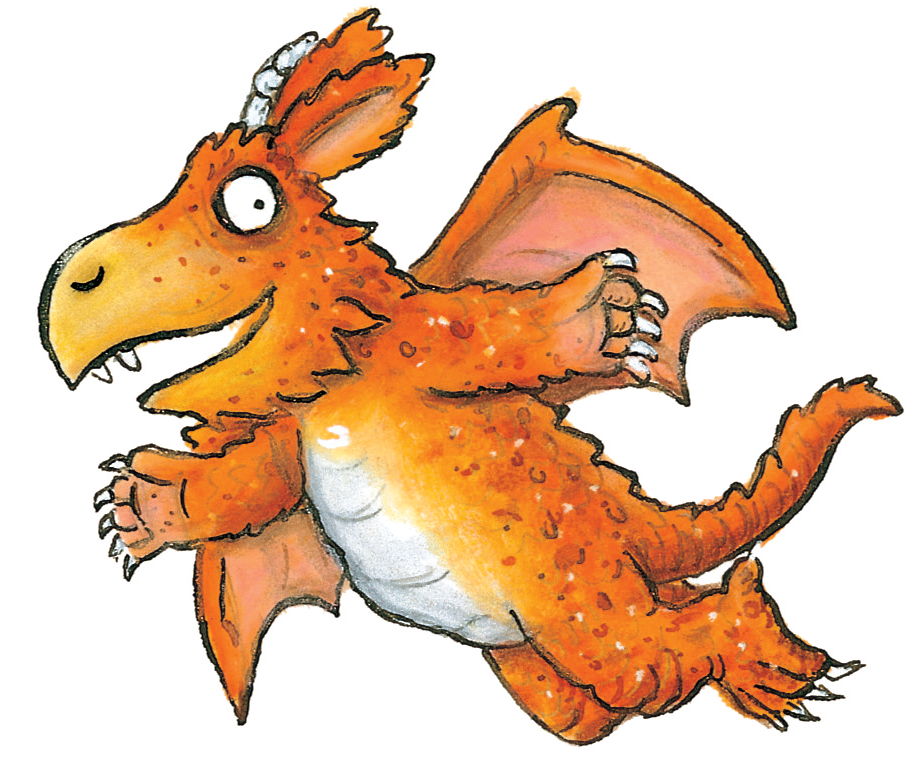 Zog is the keenest dragon in school - and the clumsiest. Luckily, a mysterious little girl always comes by to patch up his bumps and bruises. But will she be able to help Zog with his toughest test yet: capturing a princess? And will Zog ever manage to win a gold star? 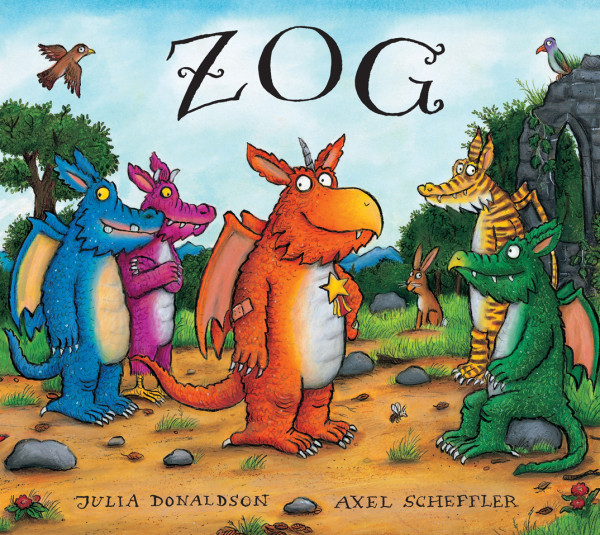 I tried out several types of dragon - I had a bit of freedom there, as most people haven't ever seen one. I gave Zog a kind of beaky snout in the end, just like some dinosaurs have. His class mates I drew in lots of different shapes and colours to distinguish them. It was quite hard to show the passing of time in dragon school - I don't know whether I managed it. When I had almost finished the scene where the dragons are hunting princesses I spilled a mug of coffee over the artwork - I should have known better at that stage that coffee and artwork should be kept away from each other!

Where to buy Zog in the UK